When it comes to app development, you’ll find that there is a whole load of hoops to jump through before any project really gets off the ground. It’s a process of multiple parts, with each one more or less as valuable as the last, and knowing exactly how to do them all properly and thoroughly is completely essential to your app’s ultimate success.

Before you really get down to business with completing your app and releasing it into the wider world, there’s one stage of the development process which requires your careful attention: the developer’s story. Now, a lot of people immediately find themselves turned off at the idea of writing an interesting dev story and it isn’t difficult to see why. One of the key reasons for this is the inclusion of the word ‘story’ in the concept. Developers and businesses looking for apps aren’t necessarily up for writing ‘stories’, nor do they perhaps feel particularly confident or competent when it comes to marketing their products and ideas. After all, isn’t that the job of a marketing team? 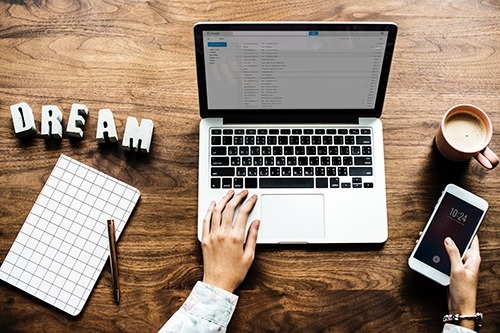 Well, yes and no. Firstly, not every app developer is lucky enough to have a marketing or writing team backing up their work. Secondly, writing a developer’s story actually isn’t as hard as it may be first appears – it just involves plenty of common sense, the ability to see the product from the perspective of the user, and following a set of guidelines, principles and individual stages to ensure you get it right the first time. In this blog, we’re going to be looking at the best approaches to producing a developer’s story, and how to ensure you hit the right notes for your app’s future success.

If you’re feeling anxious about the idea of writing an interesting developer’s story, don’t panic – there’s plenty of time to hone it and bring it up to scratch before it enters any kind of public domain. We always advise starting the process by essentially jotting down your ideas about the app, and writing multiple sentences which express your thoughts and concepts, without worrying about how they sound when pieced together. Write a bit about who the app is for, who you are as a developer or client, what your hopes and intentions are for the app, how the idea first came about basically, anything that comes to mind. This brainstorming process will really help you pinpoint the main features and intentions, and provide the perfect foundation on which to build the eventual story.

Once you’ve gathered your thoughts, it’s time to begin constructing the initial drafts of your developer’s story. This is a great opportunity to get friends, colleagues, and confidantes involved – essentially anyone who can give you the constructive feedback you need to get the story off the ground.

As with any kind of writing project, the developer’s stories do come with a logical structure which you can follow – something which is especially useful for those feeling a little hesitant to let their imagination fly on the page.

Essentially, you want your dev story to really boil down all those details and aspects you’ve jotted down in your brainstorming session, and kick off with a killer one-liner which really gets the idea across perfectly. In order to write this sentence perfectly, consider the following questions:

Once you’ve established what the app is, who it is for, and why it has been created, you can start exploring some of the other aspects of your developer’s story which can really hook your audience and get you the views you need.

Step 3: Explain Your Idea and Intentions

It’s always amazing how interested people are in the stories behind apps and new mobile device innovations, and by telling your developer’s story, you can help build hype for your release and get people talking about the thought processes that went into it. 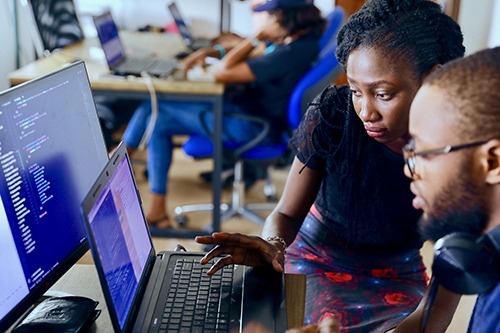 This is why explaining your ideas and intentions is such a key part of a developer’s story – it’s the part that really gets people’s imaginations firing. Make sure you take your readers on a journey: where did the concept for your app come from? Was it inspired by some faults you found in existing apps? Was it inspired by a development in the industry or society as a whole? Is it intended to help customers purchase items, or is it intended to create deeper, more lasting change? These are all questions you could be answering in your developer’s story.

Remember: Avoid Technical Jargon
This is a really important point to bear in mind. Sure, you might be used to using technical jargon and specialized industry language all day and every day, but believe us, your users and audience probably don’t. Nothing gets people switching off quite like jargon, so make sure you keep it to an absolute minimum and frame your sentences in a way that everybody can understand them – even if they’re absolute newbies to the app scene.

Another thing that immediately turns people off? Drywalls of text. Your audience is looking for something that immediately grabs their attention, and leaps from the screen and makes them take notice. The more pictures and graphics you can bring into your developer’s story the better – not only do they break up the text, but they also help unfamiliar users understand what your story is trying to tell. If you can bring some sort of infographic into your story (a graphic which clearly imparts information), this is the best of both possible worlds.

In fact, there’s only one thing better than involving pictures in your dev story and that’s including some sort of demonstration video or slideshow. By bringing a video into play, your users and your potential audience can get an even clearer idea of what you’re doing, and what your app can achieve.

Now that your audience has spent time reading your story, and you’ve managed to hook them in with your amazing words and clear vision, it’s time to sweeten the deal and get them even more on the side than ever before. There are plenty of different ways of achieving this, but the most common (and arguably the most effective) ways are:

Sticking a promo code at the end of the story is a great way to reward your readers for getting all the way through your text. There’s no doubt they’ll snap up the chance to take full advantage of a discount or freebie, and they’ll quickly become cheerleaders for your app once it’s launched due to your generosity.

The other perfect method for sealing the deal is offering your readers a free trial period after they’ve read your dev story. This will allow you to seek out fans and influencers and get people talking about your app (or, importantly, giving you constructive feedback).

When it comes to promoting and selling your app, you’ve got a whole load of different tools and techniques at your disposal. Any sensible and successful app developer would be quick to tell you that it’s never a bad idea to utilize more than one; after all, you want your app to launch to a … END_OF_DOCUMENT_TOKEN_TO_BE_REPLACED

Tips on App User Retention: How to Keep Users Coming Back

With the app environment projected to grow by 270% by 2020, there is plenty of room for new ideas to join the ranks of the already 5 BILLION apps in the app stores. However, true success in the app store doesn’t just boil down to pure downloads when you launch, it is also related to … END_OF_DOCUMENT_TOKEN_TO_BE_REPLACED

The Secret Behind All Successful Apps Is In User Loyalty

Two-thirds of iOS apps have yet to be reviewed: if the majority of developers cannot compel a single user to write a review, then perhaps developers don’t know their audience as well as they think they do. Success tends to follow appreneurs whom develop very niche apps: It’s wiser to earn the collective loyalty of a smaller, more identifiable … END_OF_DOCUMENT_TOKEN_TO_BE_REPLACED