Nowadays, 99.6% of all smartphone apps run on either iOS or Android. The two basis businesses build apps on is: using them as a channel to raise brand awareness, or the app being the business in itself. It’s important to distinguish between these two as what you choose could either save you money or trouble.

There are two ways one could go about developing a mobile app: native or hybrid. These two methods vary in programming language and will play a significant role in how the mobile app will be received on each platform. 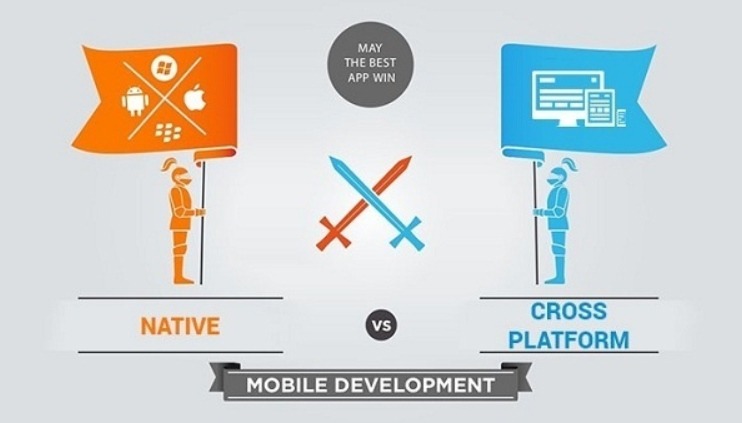 Native apps are developed with platform-specific programming languages. The particular platform welcomes these languages with ease; if the code is correct there will be no miscommunication. For Android it’s Java, for iOS it’s Objective-C or Swift. Apps using these languages are built from the ground up with the intention to only perform on their specific platform.

Advantages of developing a Native App:

Of course, everyone wants to develop their application as quickly and cheaply as possible. This is where the hybrid app development shines. Hybrid apps are developed with code that can be later tailored to work with the OS of a given platform. This sounds great and all but almost too good to be true. And in many cases, it is in fact too good to be true. As life has taught us, quick and cheap don’t always equal quality.

Which One Should You Choose?

The answer to this question is not carved into stone. As a top app development company in NYC, we can say that it is about whatever fits the business. Like I’ve mentioned before there are two types of businesses that are looking to get into the app business: the ones who make an app for the simple sake of advertisement, and the ones whose bread and butter is the app itself. If you’re the latter, by all means, native is the way to go; the app is your life source after all. If you’re the former, perhaps you can get away with quick and cheap. But if the quality is still of significant importance to you then I would rule out hybrid.

Depending on the goals of the future mobile application, you can choose one of two development paths: make two or more native applications or one cross-platform app that is suitable for several platforms at the same time. A cross-platform app is a perfect solution for MVP (Minimum Viable Product) when you have big potential, limited … END_OF_DOCUMENT_TOKEN_TO_BE_REPLACED

Mobile apps and mobile websites both benefit the modern marketer. In previous years, however, experts have debated the impact of selecting one over another. Marketing strategies take time to fully form, and not every business impacts customers through multiple channels. Since 2014, mobile apps have dominated the industry. That said, they aren’t exactly superior to … END_OF_DOCUMENT_TOKEN_TO_BE_REPLACED

Should you develop for both iOS & Android now or focus on one platform?

Many appreneur success stories have risen from focusing on one platform at the starting gate. Most startups typically jump the gun when they want to make some noise and usually go iOS first, Android second. However, certain circumstances may make it wiser to develop for Android first, or in some cases both platforms at the … END_OF_DOCUMENT_TOKEN_TO_BE_REPLACED

What are app analytics and why should I care? App analytics is similar to web analytics in that both analyze the behavior of visitors or users to then improve marketing, traction and conversion. App analytics provide in depth data on a user’s location and traffic habits, including their ‘session’ times, duration of visit, screens visited, … END_OF_DOCUMENT_TOKEN_TO_BE_REPLACED