MVP is one of the most important lean startup techniques. It’s the bare-bones version of a product, which is required to achieve proof of concept.

MVP stands for Minimum Viable Product. These three words alone should give you a basic idea of what an MVP app is. The Internet today is flooded with definitions for this acronym. But the one that resonates with our company most was given by Eric Ries. He is an American entrepreneur, blogger, and bestselling author of “The Lean Startup”. Eric helped popularize the concept as a version of a new product which allows a team to collect the maximum amount of validated learning about customers with the least effort. 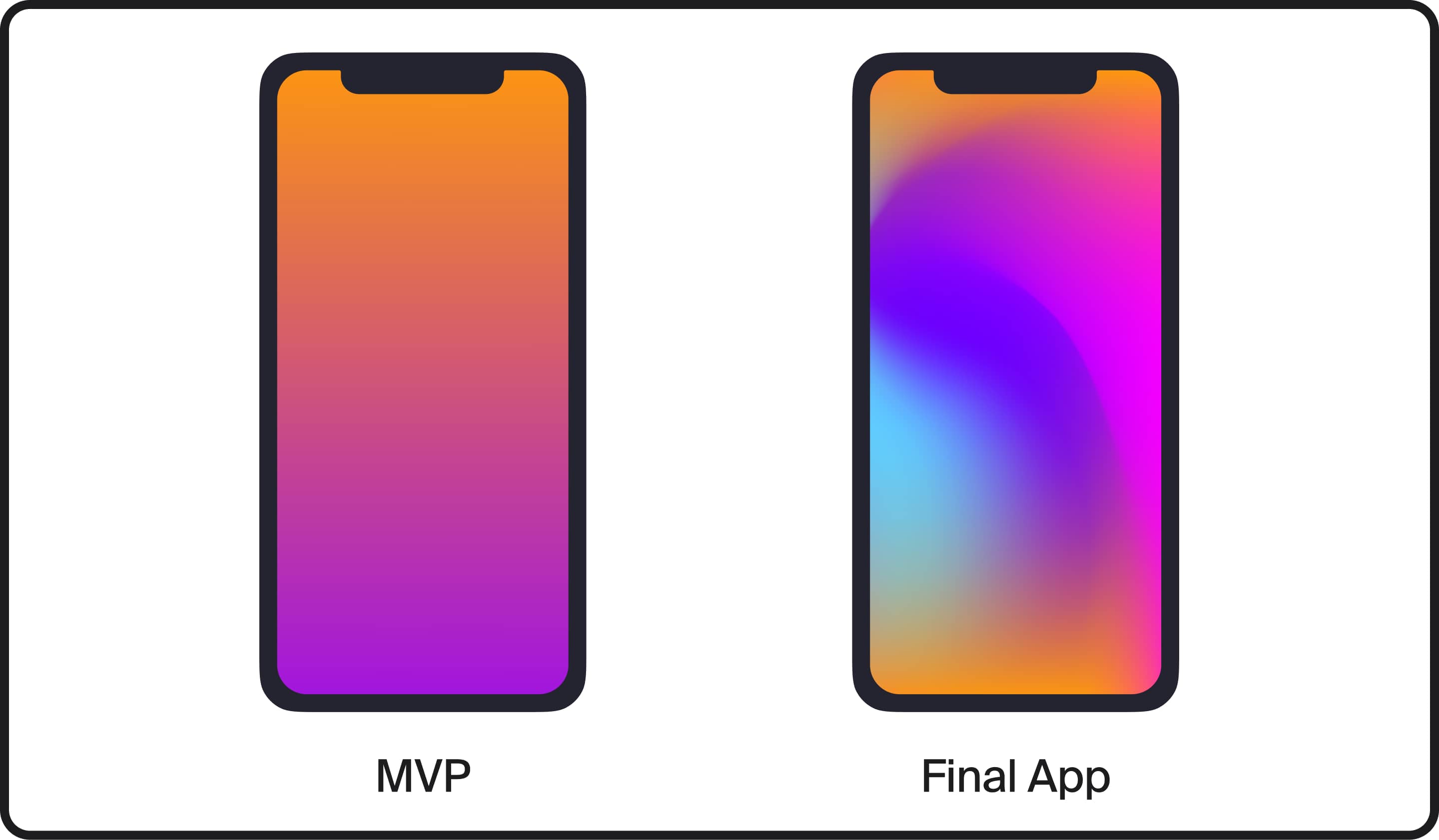 What Differences MVP from a Final Product

To create a proper MVP version of your app, you must provide users what they need before taking that insight and applying it to developing features that will fulfill their wants.

Launching an MVP is the quickest, most efficient, and most fruitful way to test the waters. Many appreneurs, especially newbies, make the same mistake over and over. They dump all of their resources into a complex and grandiose vision. The problem is that the marketplace is not looking for complex, quite the opposite actually. And pulverizing an entire script with elements that seem fun and ‘can’t hurt’ will overwhelm initial users.

How to Plan an MVP?

What Problem does your App Solve?

Instead of getting caught up in all of the bells and whistles that your app could feature, the MVP product is about lasering your focus on the app’s core principle. What is the issue that your app fixes? What problem does your app solve?

Maybe your app aggregates last-minute plane tickets at unbeatable prices. There may be tons of adventurous individuals who are itching to get away from home this weekend but can’t afford to splurge an insane sum of money on a last-minute booking. They might not care so much about where they go as long as they go somewhere. With all the last-minute cancellations, we can already see groups of eager individuals hanging around their local airport just hunting for a deal!

Problem: Thousands of gallivanters want to get away for a few days because of a spur-of-the-moment decision but can’t afford a plane ticket at an inflated price.

Solution: Through your app, these individuals will be able to see and purchase tickets from a list of last-minute offers at a heavily discounted rate.

That solution should be natural borders for your MVP. Try to include only the necessary features.

What is the Most Significant Feature your App has?

Disregard all the noise in your head that comes in the form of never-ending chatter that sounds something like, “What if we gave users the ability to…?”, “I think they’d really appreciate it if we added…”. And perhaps these features may be useful, but that’s not the point. The point is you’re getting distracted with could or should instead of focusing on must. It’s not about these features being useless, but they are not significant either. Just because of them, you won’t download the app.

“Should we integrate the app with Facebook, Instagram, and Twitter?” Perhaps, you should, but these types of operations burn time and resources, and due to the practically innumerable amount of apps across the app stores and growing competition, time is of the essence. Take this scenario. For example, your app has been in production for 6 months now. You’ve been steadily adding features/tweaking the old ones, etc. No one but you and your team has really experienced the app. Your competition, however, has just released an MVP version of their app. It’s been in production for 2 months. Their feature list is nowhere near as extensive as yours, but the core functionality that defines both you and your competition’s product is there. 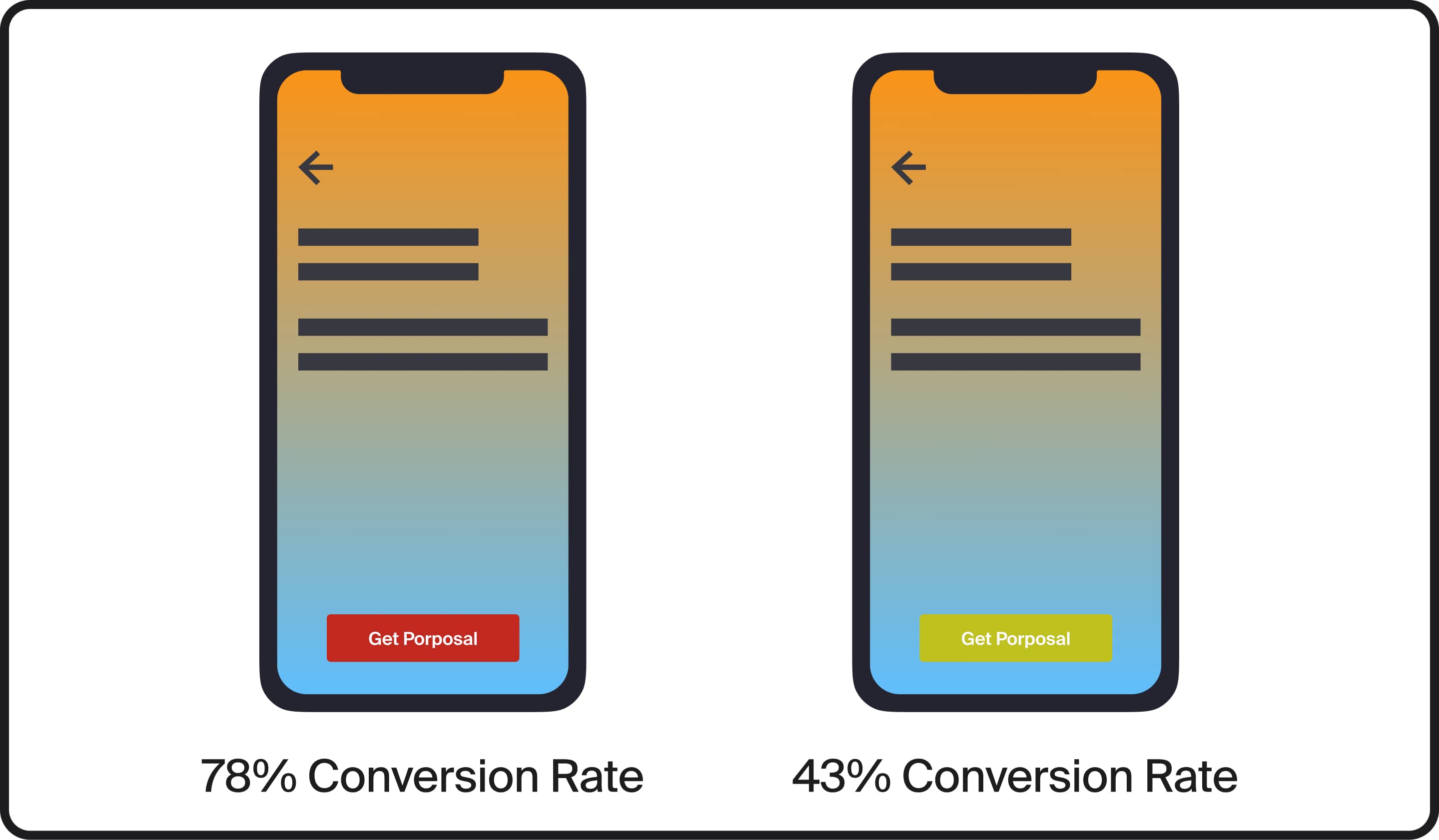 Why make an MVP?

First to the market is a huge advantage. Early adopters are eagerly trying an app whose functionality was unseen in the market up until now. It will grow rapidly because it solves a problem, and no other app in the market has solved this problem. Sure thing, your app might be better. Unfortunately, it doesn’t matter to the rest of the world. It doesn’t exist, and your competition is securing users that should’ve been yours.

MVP contains only a narrow set of required features. Hence, much less time and money need to be spent. Later, when you realize that your idea is successful, or even the app has begun to bring money, you can get it by filling it with extra functions.

Organic Feedback = The Best Solutions. You can spend weeks in development getting into heated debates about the validity and necessity of a certain function or design element. And no matter how much logic you apply, your result will still reflect the thoughts of only a few people in the office. At the same time, it could’ve represented hundreds, even thousands of actual users had you released an MVP version of your app and utilized A/B split testing.

A/B split testing is a means of comparing two options and comparing the results. By changing the value of a single variable in your app, through the examination of analytics, you can determine which variable provides the best response.

For example: in our hypothetical discounted flights app, we’ve realized that users were more likely to pick fights with the shortest duration and least amount of transfers than the flights that covered greater distances at the same price. With this new insight, your team can tweak the way the list gets populated, the flights with the shortest durations appearing first in the list.

One team will never be a sound sample to exemplify the general population. Fortunately, analytic tools are available to all: some free, others at competitive prices. A/B split testing is one of the most natural ways to distinguish what works best. When it comes to apps, you must never rely on assumptions.

The creators of WhatsApp, Jan Koum and Brian Acton, started with a simple idea – to create a mobile phone book that would show the status of a contact: available, busy, in a meeting, driving, at the gym, and so on. When users indicated their status, their contacts received a push notification.

Soon, Koum and Acton noticed that users began to use statuses to communicate. Seizing on this idea, they released a new version of WhatsApp, which had more functions related to sending messages. As a result, the small user base grew to 250,000 in a matter of days, proving that developers were on the right track.

In 2008, Brian Chesky and Joe Gebbia were unable to pay for a loft apartment in San Francisco and decided to check if there was a demand for renting rooms directly from the landlord. They set up a simple one-page website with photographs of their apartment and started renting out their own attic. Young designers managed to pay off all their debts. In 2009, their startup caught the attention of Paul Graham and received the first investment from his business incubator "Y Combinator".

In 1999 the founder of the online store ZAPPOS suggested that people can buy goods from the comfort of their homes. To test the viability of the idea, Nick Swinmurn created a simple website and posted a photo of a mall shoe on it. As soon as someone placed an order, he went to the store, bought the desired product, and sent it. Such a simple MVP became the foundation to create the ZAPPOS store that Amazon bought in 2009 for $1.2 billion.

Congratulations! Your app has officially made it to the app store! Now it’s time to rake in the analytics, perform tests, add features, and see if your assumptions prove true. Whether they don’t, be happy that you dodged a bullet by releasing an MVP version first!

How to Research your Competitors

You’ve come up with the most brilliant, original idea for an app, and you’ve decided on your target market – now it’s time to start designing, right? Wrong. Before moving on, you need to do a little more research. This time, it’s research into your competition. In order to create a successful app, you need … END_OF_DOCUMENT_TOKEN_TO_BE_REPLACED

How to do App Market Research

How to do the research for your app In the previous lesson we talked about how to begin working on your project. We laid out the three main things that you need to understand before moving forward: your goals, your users, and the list of features for your app. Now let’s discuss the research you … END_OF_DOCUMENT_TOKEN_TO_BE_REPLACED

How to Increase Your App Users Engagement

These days, it seems that nearly everyone has a great app idea. The problem is that many of these apps never manage to get off the ground, even if they’ve been fully developed. Why is that, exactly? The real answer is that no one ever sees the app, so it’s not appreciated by its intended … END_OF_DOCUMENT_TOKEN_TO_BE_REPLACED

4 Tips to Engage Your App Users

When you create an app, think about all the details. If you want your app to assist, bring money, and work for your audience, you need to intensely nurture it at the idea stage. Tip 1: Create a trial version Create a trial version with in-app purchases or an option to subscribe to a premium … END_OF_DOCUMENT_TOKEN_TO_BE_REPLACED