If you’ve ever worked in app development, then the following situation is probably more than a little familiar to you. A client has called or got in touch via email, with grand ideas about a new app that will help them reach a wider audience, and greatly encourage engagement among their target customer base. They don’t want some simple, copycat app; they want something totally unique, custom-designed, and featuring all kinds of contemporary and forward-thinking capabilities… all the bells and whistles if you like. You listen carefully, making notes all the way, and nodding enthusiastically over each and every detail.

Then comes the crunch: you spend a bit of time looking at the number of man-hours that will have to go into the app design. You consider the research time, the use of resources, and the team members who will have to get involved. After doing all of this, you’ve come up with a budget for the app design that accurately reflects everything involved in its creation, and which is also competitively priced for today’s market. You send off your estimated price to the client… only for them to splutter in shock, and ask in genuine amazement why your services cost so much. “But it’s just an app!” they say, surprised. “How on earth can it cost that amount?”

It’s true: app development can be very expensive. But that’s not without reason, and clients need to wake up to the reality of where their money is going when they hire an app development team for their needs and requirements. Let’s take a closer looking at the cost of app development, and consider why quality work deserves decent remuneration and rewards.

It’s high time we bust a few myths surrounding the real cost of app design and development. The app industry is booming right now and is worth tens of billions of dollars worldwide. While that means that more and more people will start designing apps as their career and craft (which may increase competition and drive prices down), there’s no doubt about the fact that with apps, just like everything else in life, you really do get what you pay for. All too often, we take our apps, interfaces, and platforms for granted… but behind each one is a talented designer and team of developers, and they deserve to be paid a decent wage for their efforts and incentivized to keep improving.

The main misconception behind the cost of apps is that the apps themselves are cheap, or even free. But it isn’t the apps that cost money – it’s the hard work and talent that goes into their creation. Just like if you wanted your business to be rebranded – it’s not the posters, stickers, and headed paper you’re paying for… it’s the vision of the designers and copywriters behind them, and the hours they spend thinking up your new look and logos that (rightfully) cost the money.

The other main thing to consider here comes down to the fact that the app industry is growing from strength to strength. Every new business needs an app – they’re the ideal way to promote products and services and to inform new customers about what your business does. In fact, surveys have shown that customers now prefer apps to mobile sites, simply because they offer so much more interactivity and performance. With that demand comes rising prices… and that’s just simple market forces at work.

Paying For Man Hours: How Many People Does It Take To Make An App?

One of the most common misconceptions about app development and design is that it’s generally done by sole freelancers, working from their parents’ basements. While there are certainly some examples out there that fit this bill, it’s the exception, rather than the rule. However, different app development companies operate in different ways and come in all shapes and sizes.

Some studios are streamlined and small and might feature just a trio of creative members. However, large app production companies can be massive – Google’s app department features well over a hundred people for each app that is produced. As you might imagine, the larger the team behind the app, the greater the price tag is likely to be… although the value of an app and its cost shouldn’t necessarily be calculated via the number of individuals involved.

If you’re a business needing an app for a launch or a new service being introduced, it’s highly likely you’ll have a clear deadline in mind. The tighter that deadline is, the more likely you’re going to have to pay a higher sum for the ultimate product.

Here’s where many clients notice a real difference between studio app developers and freelancers. Most studios will be able to make a solid commitment to a deadline, and the cost of their apps usually won’t change if the app ends up taking longer than expected. Freelancers, on the other hand, often charge for their apps on an hourly basis. There’s nothing wrong with this per se… but it does create an incentive for the app developer to make the work last longer than perhaps initially quoted for, which can mean the cost tallying up faster and further than expected.

Clients looking to have an app developed for their business or service need to bear in mind that part of the cost of the app development involves buying intellectual property rights from the developer. This is an area where the lines are naturally quite blurred (nobody can seem to agree on how much ‘intellectual property’ is actually worth) and does require communication between the client and the developer.

If you’re spending four, five, or even six or seven figures on a new app, it’s completely reasonable to expect that price to cover guarantees of both quality and deliverable deadlines. All good app development studios will be more than happy to share their policies and promises regarding satisfaction guarantees, and a promise to deliver the project in a timely manner. When it comes to cost, it’s also reasonable to assume that the cheaper the app development company, the less likely it is you’re going to receive a deliverable that really hits the mark, or arrives on time.

Other Marks of Quality

In this industry, communication really is key. A good app development studio will always keep the client informed every step of the way and will let them know when certain milestones have been reached, and particular achievements have been gained. In essence, it is in these factors that you should really be able to see where the cost of app development goes: an attentive, communicative team, that genuinely cares about quality control and the creation of a satisfactory product. The money paid for high-quality apps doesn’t, as we’ve already stated, necessarily cover the cost of the app itself: it covers the level of service the client receives, the team’s willingness to meet deadlines, achieve the impossible, and consistently impress. 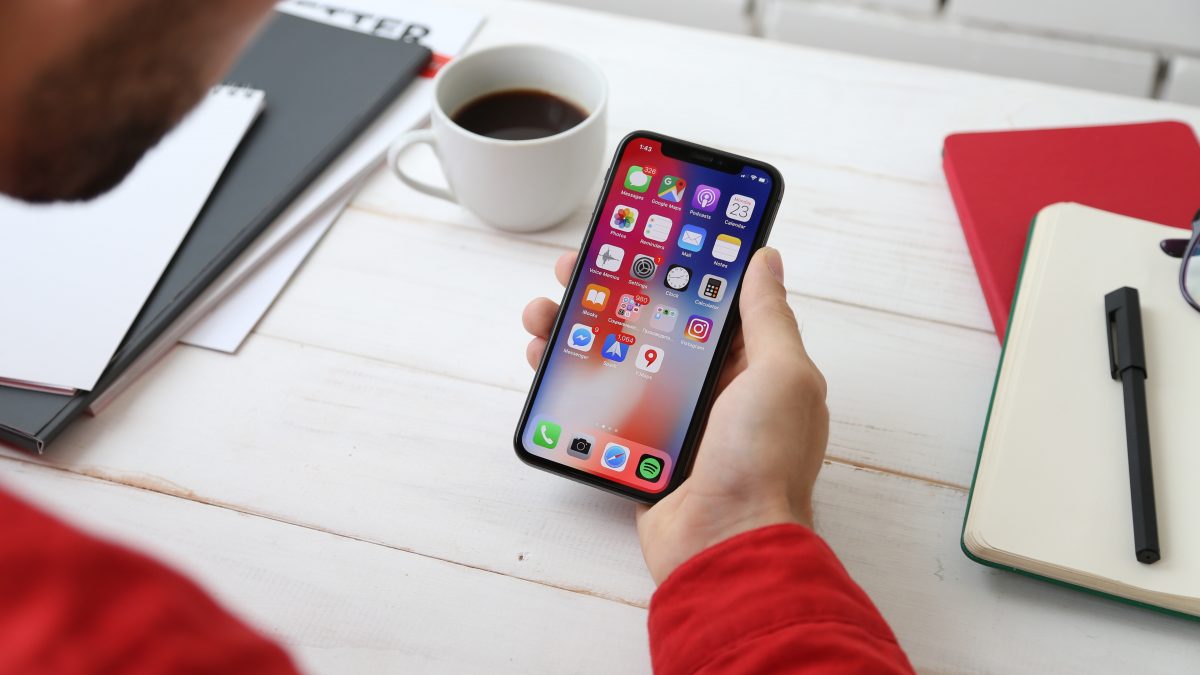 So, you are finally ready to build your own company. Congratulations! There is a harsh path to go through, but we are sure you will get through it! One of the first steps you would normally do after having the final idea is to identify your budget. If you want to connect your business with … END_OF_DOCUMENT_TOKEN_TO_BE_REPLACED

How Much Does App Development Cost in 2021?

The mobile app development market just keeps growing and growing, with businesses of all shapes, sizes, and types rushing to get custom apps built for a phenomenal array of different needs. In such a thriving industry, it comes as no real surprise that more and more people are asking questions regarding the cost to build … END_OF_DOCUMENT_TOKEN_TO_BE_REPLACED

App Development: What Can Go Wrong And How Make It Right

Let’s start off with an undeniable truth: there are plenty of times when app development can be very, very challenging indeed. The industry is constantly changing and evolving, new technologies and innovations mean app developers must continually be on our toes and ahead of the curve, and there’s also the ever-present reality unexpected surprises, last … END_OF_DOCUMENT_TOKEN_TO_BE_REPLACED 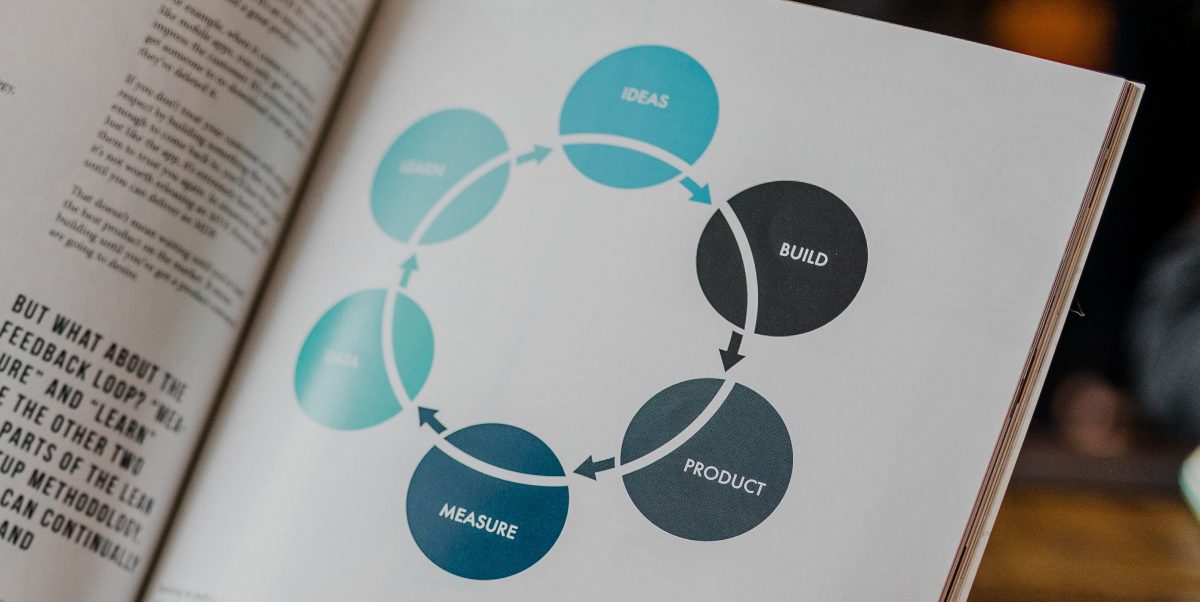 An app’s development cycle can be broken down into these five distinct steps 1. The idea When forming your next big app idea, remember that you are selling a product via a highly saturated market. Statistically speaking, it’s highly unlikely that one, if not multiple app developers have yet to ponder or even publish an app that’s similar to your … END_OF_DOCUMENT_TOKEN_TO_BE_REPLACED