We are excited to announce a partnership with one of the best universities in the world – New York University!

From February to May 2016 we will hold a semester-long competition to find the best app idea of 2016. As part of the contest our team will hold several workshops in NYU during which we will teach students how to make a successful app. Best thing? the winner of the contest will get their app developed by us for free!

You can learn more about the contest at nyucontest.messapps.com and by reading our press release below:

Have an app idea? Get your app developed for free!

All NYU students can transform their app ideas into multi-million businesses with no investments. All thanks to the MISSION:APPOSSIBLE contest.

Manhattan, February 15rd, 2016: “Today we are going to start building your dreams”, said a member of the NYU Mobile App Contest “MISSION:APPOSSIBLE” team at the launch event. On February 3rd, 2016 W.R. Berkley Innovation Lab together with Messapps, kicked off the contest for the best application idea in which all the NYU students, faculty and NYU Stern alumni are welcome to participate.

Launched for the contestants with any technical skill levels, the MISSION:APPOSSIBLE contest aims to transform a simple app idea into the next greatest application.

The winners will receive a grand prize of either a full development of the app executed by Messapps or a $10,000 reward. Additionally, the as part of the contest Messapps team will offer workshops, insightful coaching sessions and crucial technical assistance to help contestants bring their ideas to life.

Starting from February 15th all the contestants will be able to submit their app ideas along with a market overview and a proposed revenue model. On February 29th the idea submission closes and the contest judges get together to choose the most creative and useful app ideas. Semi-finalists will then move to the second stage where they submit the wireframes for their apps. Three finalists will then proceed to Stage 3 during which the teams will create the full app design, the interactive prototype of the app, marketing plan, and a landing page that will be pitched to the judges in early May 2016.

Non-contestants will also have a chance to act like the jury and choose their favourite app idea. From March 1st to April 24th, 2016, all the mobile application ideas will be open for the public voting on the official contest website and will compete for the People`s Choice Award.

NYU Stern W.R. Berkley I-Lab and Messapps is one of the best collaborations that a tech startup world can imagine. Messapps is ranked is one of the top NY app development companies and provides full range of app development services from app design and development to app marketing and promotion. NYU Stern School of business has already brought up successful businessmen of the app industry, such as the founders of Twitter, Foursquare, Pinterest and Waze – companies that are worth billions.

If you want to learn more about the competition go to nyucontest.messapps.com. If you are an NYU student, faculty or Stern alumni you are also invited to submit your idea. Only one app idea will win the contest and receive the grand prize. The winning team will be announced on May 6th, 2016.

Hello, appreneurs! 2018 was full of amazing events, apps and awards! We’ve worked on new technologies, improved our knowledge of AR and machine learning and have even started to work with charities. And all of that is because of YOU! Our amazing clients and people with an app idea who dare to challenge the world … END_OF_DOCUMENT_TOKEN_TO_BE_REPLACED 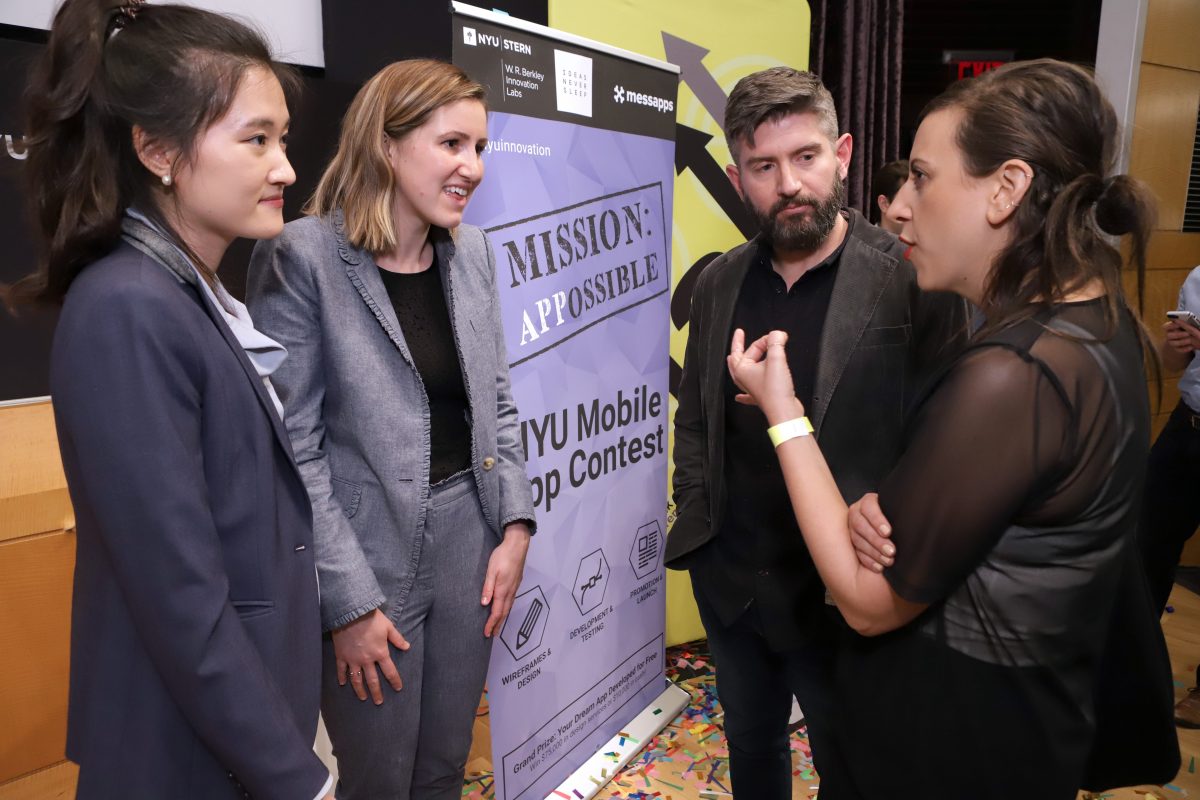 Once a year Messapps, together with the NYU, selects the best startup ideas in the mobile industry so that our team would help the startup develop an app. We do not ask for students to be experts in coding or tech geeks, either. It is important for them to understand business & management processes, though. … END_OF_DOCUMENT_TOKEN_TO_BE_REPLACED

Before moving on to the guide, keep in mind that 2GB is the minimum disk space required to download and install Android Studio – 4GB is what we recommend. Android Studio requires a compatible version of the JDK (Java Development Kit). Unless you’ve recently been coding through Java, chances are you don’t have JDK pre-installed. NOTE: … END_OF_DOCUMENT_TOKEN_TO_BE_REPLACED

How to Hire a Mobile App Developer?