As every good app developer knows, apps exist to solve specific problems. The past decade or so has seen countless apps arise to become completely essential for a massive range of everyday tasks, professional situations, or for entertainment purposes… and even more fall by the wayside to be forgotten, or to be quickly rejected by their users, or to become utterly obsolete in the fast-paced world we all now inhabit.

If you were to take a look through some of the most popular and indispensable apps in the world today, you’d most likely be able to identify on a handful of specific features they all share. Sure, they’re most likely attractive and streamlined and will have great levels of interaction, and speedy performance times. However, the key to their success most probably lies in one other key aspect of their creation, which revolves around their relative simplicity, and ability to focus on solving specific problems free from distractions or too many extra features.

We all know it’s tempting to fill your apps with a whole load of additional material, extra pages, or special features. After all, as an app developer or producer, you want to show off the length and breadth of your expertise and include a range of the kind of state-of-the-art capabilities that you’ve most likely worked hard to complete. However, this blog is going to lay out why sometimes, stuffing your app with extras can be a real turn-off for your audience base, and why it can have the opposite effect you really want to achieve.

The Key to App Development Success: Hold The Extras, Deliver the Goods

By consistently reviewing your app all the way through its design and production, and by repeatedly either gaining feedback from clients or adopting the user’s point of view, you should be able to end up with a streamlined, elegant, and efficient app which focuses on solving the problem you’re trying to address.

Resist the temptation (no matter how strong!) to fill your apps with fancy features and extras, and focus instead on achieving those end goals with style, effectiveness, and panache. Therein lies the secret to real app success!

Focus On The Problem You’re Trying to Solve

All the best apps exist to solve specific problems. If this sounds a bit generalistic, that’s intentional: after all, problems come in all forms, all shapes, and sizes, and affect us in all areas of our personal and professional lives. Whether your ‘problem’ involves making stock-taking in the workplace more swift and efficient, or staying in touch with your customer base, or alleviating boredom on the way to work (or indeed anything else) there either exists an app to tackle it, or one is most likely in production now or in the near future. 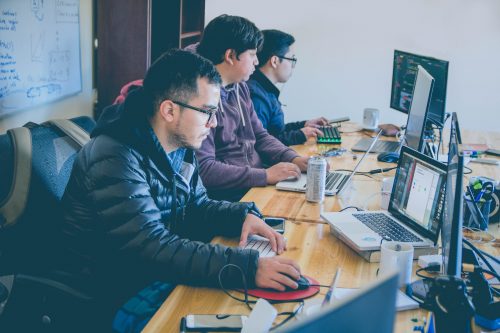 Our jobs as app developers primarily involve addressing and taking action to solve those problems in the most efficient, elegant, and user-friendly way possible. As such, when constructing our apps, we should have the solution to such problems as our target and our endpoint. Anything else the app does, therefore, has to either support that ultimate goal or in some way facilitate the user towards solving the problem themselves. As soon as you start straying from that path and losing sight of the app’s purpose, you’re in dangerous territory… and it’s really important to consistently view the app from the user’s perspective throughout its entire production.

This is essentially an issue of focus and streamlining. While a small number of additional features may indeed add charm, usability, or a sense of fun to your app, anything beyond the necessary will end up as a distraction, and result in your app being unwieldy or overcomplicated.

How Much Is Too Much?

It’s not easy to come up with an answer to such a question, as it really does depend on what your app is for, and the issue it has been built to address. However, most top app developers would say that as soon as you start to add any features which aren’t 100% relevant to your app’s purpose, you’ll already have crossed the line into the unnecessary and cumbersome.

This, ultimately, comes down to your better judgment, and your knowledge of your customer base. As with all aspects of app development, you need to carefully and consistently put yourself in your users’ shoes, and approach the creation of your app from their point of view. If you genuinely feel that a couple of extra features can help the usability or enjoyability of the app without distracting from its main purpose, then go for it. However, if it is clear that the extra features mainly serve to confuse the user or lead them away from its primary function, it’s probably besting you leave them on the cutting room floor, so to speak.

When you’re in the development stage of your app, it’s a good idea to spend some real time prioritizing features and thinking carefully about how your app is going to be used in real life and in real situations. Often, once released, apps take on something of a life of their own and end up being used in ways the developer might not have expected. While this is difficult to prepare for, it’s still of the utmost importance to focus on your priorities and make sure that those primary features are as smooth and as usable as possible prior to launch. 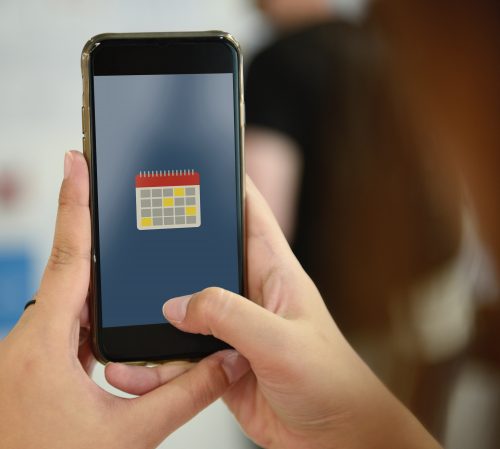 One way of doing this is to split your plans into two key categories: ‘essential’, and ‘desirable’. Your ‘essential’ list should be pretty short, as these factors will be the driving force behind what your app is intended to do. Your ‘desirable’ list can be as long as you want it to be… but unless the features and extras on that list actively support the function of your essential features, the vast majority of them will have to be cast aside. Who knows? Maybe they’ll make it onto your next app, instead.

Once you’ve decided on your essential features and your supporting desirables, the issue of being ‘too extra’ still may not be resolved. Indeed, many app developers face another question: what should you do if you end up with too many important independent features?

All too many apps suffer from the simple issue of trying to do too many things at once or trying to solve more than one or two problems at the same time. While some app developers may be able to juggle multiple important independent features, the majority suffer from the quality and efficiency of their app being diluted as a result.

This isn’t an easy issue to resolve. After all, sometimes it’s incredibly difficult to decide on what the precise primary function of your app actually is… especially if the app you’re constructing is for an industry client who wants it to offer general support, or complete a number of different tasks. In such situations, we at Messapps always advise app developers to go back to their clients, carry out some questionnaires or peer review sessions, or to once again put themselves in the shoes of their users. Hopefully, this should allow you to draw up a hierarchy of priority, and allow you to clearly see which are the most important features to focus on. In-app production, as in other aspects of life and work, quality really does always supersede quantity.

4 Features for a Successful Mobile App

Coffee shop apps are really taking off right now. Up and down the country, and elsewhere around the world, savvy cafe owners are exploring the possible potential of offering their customers an app with which to enhance their coffee experiences and reaping the rewards which come with them. Simple, elegant, logical, and effective, they’ve become … END_OF_DOCUMENT_TOKEN_TO_BE_REPLACED

How To Solve Problems With Innovative Apps

Life is, unfortunately, full of problems. From the smallest annoyances to the most monumental time-wasting experiences, and from drops inefficiency to regular hiccups that slow down our day, there is no shortage of problems, issues, and complications that need to be fixed. Thankfully, the world is also full of innovative, forward-thinking, and savvy app developers, … END_OF_DOCUMENT_TOKEN_TO_BE_REPLACED